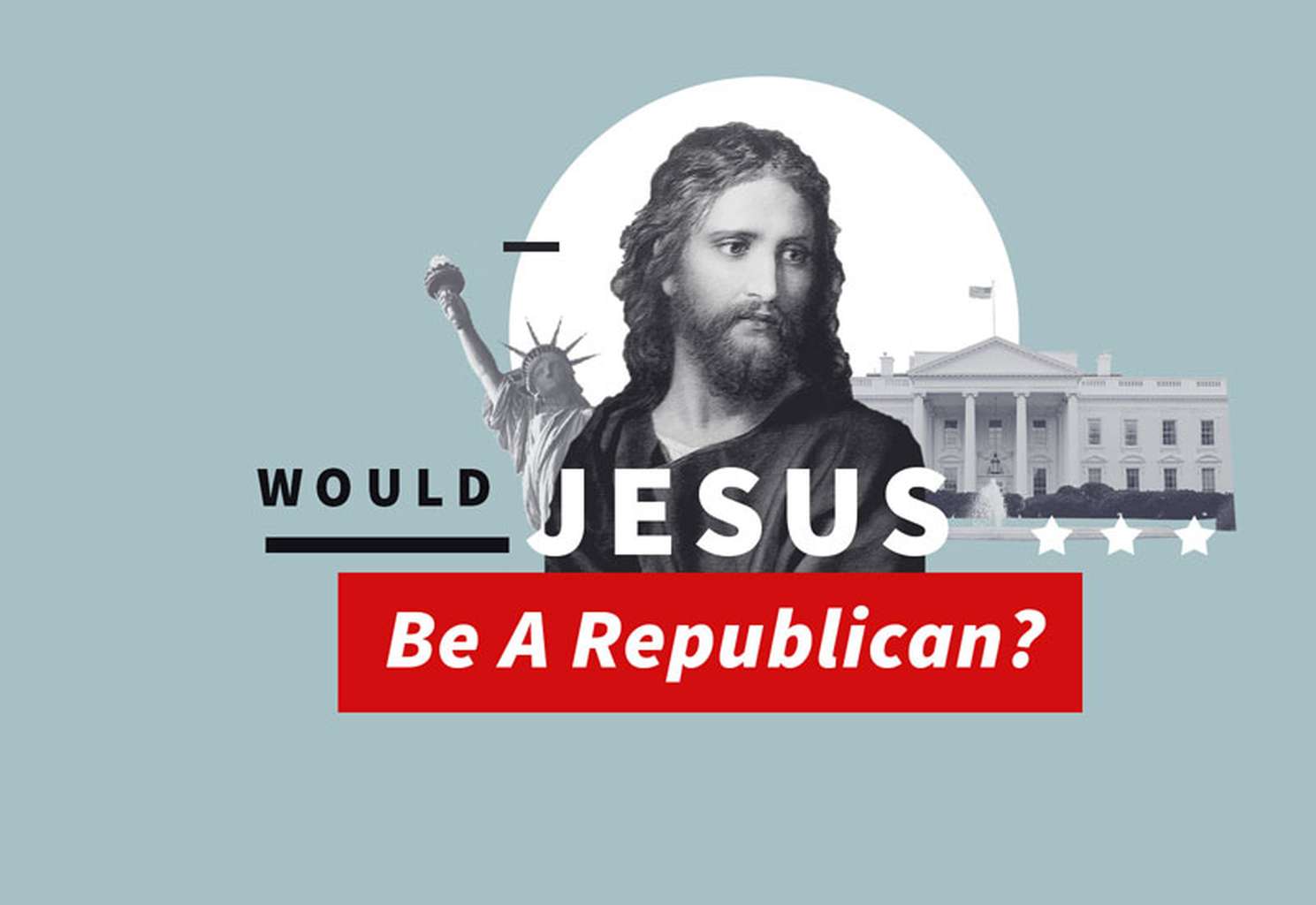 Would Jesus Be A Republican?

The Republican Party likes to invoke two historical figures to give itself the perception of a moral higher ground over Democrats. One is Abraham Lincoln, the first Republican president. The facts are on their side with this one; but Lincoln was pro-big government and pro-civil rights, and his ideals and policies are more in alignment with the modern Democratic Party. But whatever: This article isn’t about Lincoln. This is about that other guy whose philosophies and teachings the Republican Party often claims to exemplify — a guy by the name of Jesus. It’s pretty ridiculous to try and speculate about how Jesus would vote in a contemporary American election, but it’s widely accepted that the Republican Party is the party of Christianity. “The Religious Right” is part of our vernacular, and all the good, God-fearing (white) Christians honestly believe that that the Republican Party is the best choice over the godless liberals of the Democratic Party. And the two issues that Republicans harp on to keep Christians on their side are abortion and homosexuality, two things Jesus never uttered a single word about.

The fact is that movements against these two issues are pretty antiquated and pointless. Abortion and homosexuality will happen regardless of any legislation. Now, it’s a pretty fair assumption that Jesus would be against the killing of babies, but so is … well, everyone. The abortion argument isn’t about whether infanticide should be legal. It’s more centered around when life begins. And if you believe it begins the moment an egg is fertilized, then nothing anyone else says is ever going to change your mind about the morality of abortion. So, even if the pro-choice crowd doesn’t agree with the pro-life crowd, their point is understood. Homosexuality is a murkier issue. Jesus never said anything about it (at least as recorded in the Gospels). But there are Biblical passages condemning it. Leviticus 18:22 states: “You shall not lie with a male as one lies with a female; it is an abomination.” That’s pretty clear. Of course, there are a lot of things the Old Testament deems as forbidden, like eating pork and shellfish. But for some reason, most Christians feel that part only applies to the Jews. In the New Testament, it’s arguable that Paul was against homosexuality. In Romans 1:27, he writes: “… Men committed shameful acts with other men, and received in themselves the due penalty for their error.” This passage is the subject of debate and conflicting interpretations, but the fact remains that this did not come from Jesus. For the past several years, many mainstream Republicans have been quietly giving up the fight against gay rights. Sure, they might bring it up to galvanize their base during election years. But as more of their sons and daughters are coming out of the closet, and as many of them accept the fact that history is not kind to those who fight to deny any group its civil rights, the hardline stance against homosexuality is starting to break down (at least when it comes to legislation). Okay, now that we’ve addressed the things that Jesus didn’t talk about, let’s look into some of the things he did say and how that lines up with Republican policy and ideals.

THE RICH & THE POOR

Jesus said, “Again I tell you, it is easier for a camel to pass through the eye of a needle than for a rich man to enter the kingdom of God.” (Matthew 19:24) Now, you can interpret this however you like to help you sleep at night, but it’s pretty well established that Jesus wasn’t the biggest fan of the accumulation of wealth. He even told a rich man who had been a pretty good dude: “If you want to be perfect, go, sell your possessions and give to the poor, and you will have treasure in heaven. Then come, follow me.” (Matthew 19:21) The Republican Party is the party of big business. There’s no reasonable argument against that. Now, that’s not to say that there isn’t a long list of Democrats who aren’t all about the big bucks, but the Democratic Party also doesn’t claim to be the upholder of Jesus Christ’s teachings. Republicans are strongly against “handouts,” or helping the poor through government subsidized programs. They defend this line by citing and claiming abuse of welfare, unemployment, etc. But Jesus didn’t put conditions on this sort of thing. “Give to everyone who begs from you, and do not refuse anyone who wants to borrow from you.” (Matthew 5:42) Does this sound like a champion of capitalism? In today’s world, this kind of talk would be branded as socialism, and that’s one of the dirtiest words in the Republican lexicon. We could go on for days citing scripture that proves Jesus was a big supporter of the poor, and skeptical (to put it generously) of the rich. And there are plenty of church and Christian organizations that do incredible, laudable work for the poor. And yet, the Republican Party tries to stop virtually every bill that attempts to build up the poor at the expense of the rich. How church-going Republicans rationalize this fact is a mystery. It’s certainly not because of the separation of church and state, because they freak out every time a kid isn’t allowed to pray in school or a religious sculpture is removed from a government building.

Let’s talk about guns for a minute. At the risk of wild speculation that may be akin to right-wing speculation about homosexuality and abortion, it’s hard to imagine that Jesus would carry a gun. The typical argument against gun control of any kind revolves around the fear of the government breaking down your door and dragging you off in the middle of the night, as if we live in Nazi Germany. But when the government came for Jesus, one of His followers drew a sword. “Put away your sword,” Jesus told him. “Those who use the sword will die by the sword.” (Matthew 26:52). I know, he was talking about swords, not guns, but can’t we make a logical leap here? Weapons were not Jesus’ jam. No one’s mind is going to be changed by an article like this one. The right will gather its money and its guns, deny aid to the poor, and manipulate believers on issues like abortion and homosexuality. It’s worked well for them for a long time and there’s no reason to believe it will stop. Christianity is not inherently a bad thing. It’s actually done a lot of good for the world. But a lot of not-so-great things have been done in its name. If Jesus ever does come back, it’s hard to imagine that he would give a glowing endorsement to the Republican Party. Of course, that’s not to say he would be a Democrat, either. Odds are, he’d just throw up his arms and shake his head. We’re all going to hell.