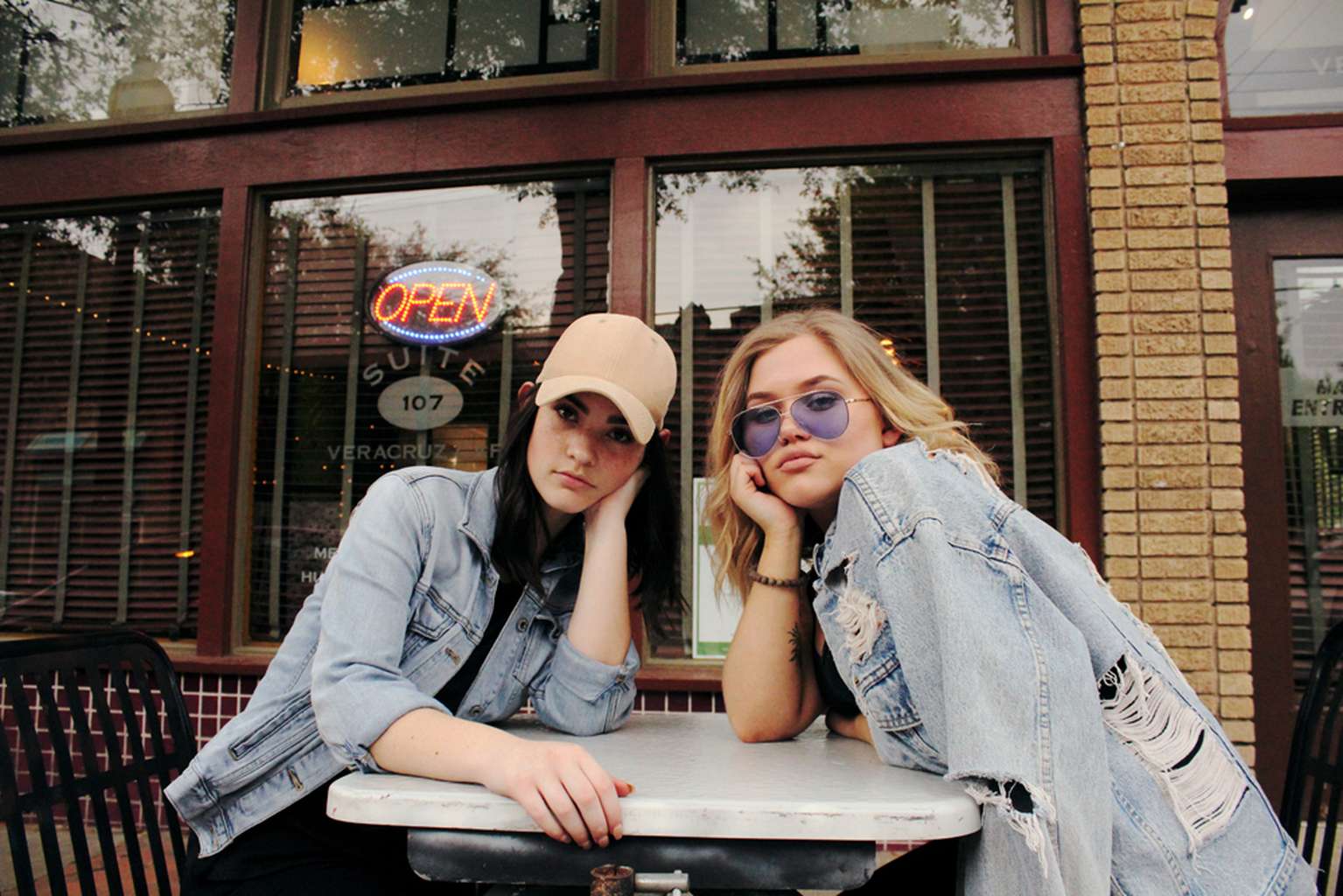 Girl best friends are like mythical creatures to some men. These strange beasts roam the city in pairs, are constantly in telephone contact, and are always waiting for the perfect pair of male friends to buy them drinks in a bar and steal their hearts in tandem … right? Well, no, not right. In fact, there are plenty of misconceptions men have about female best friends that they might be relieved to know are, well, misconceptions. All of the following fit that definition, except for one perhaps particularly troubling reality…

1. There are reasons why they like going to the bathroom together other than to simply keep hanging out.

Sure, sometimes drugs are involved or (more likely?) makeup touch-ups, but for the most part, the bathroom just serves as a great place to catch up and talk about the events of the night thus far in a quiet, private place. Plus, the line can be long, making company a welcome part of the bathroom experience.

2. They practice kissing on each other regularly.

Maybe this happens in middle or even high school, but adult best friends likely do not need kissing practice. If they do, there are plenty of other people out there to do it with who aren’t the person’s best friend.

3. They tell each other every last detail about their romantic relationships.

This one is almost true, but women do keep secrets from even their closest friends. Your girlfriend’s best friend may know about that one time you cried after sex, but she may equally well not know about the time you…well, we don’t know!

4. They have similar taste in guys.

Just because people really like each other and hang out all the time doesn’t mean they want to go home with/date the same kind of people. Do you and your best male friend always end up dating the same kind of women? If so, I’m sorry, because that must be awkward and/or competitive.

5. Their dream in life is to date a pair of male best friends.

This may be an idea people of both genders toy with, but the reality probably isn’t as fun as the double date, double wedding, and double honeymoon fantasy. Any woman is liable to wonder what her guy’s best friend is saying to her best friend and vice versa in such an intimate relationship matrix as this.

6. Even though they love each other a lot, their backup marriage pacts are with their closest guy friends.

False. Gay marriage is legal in enough states that straight, female best friends can get tax breaks with each other — not that that would be a huge abuse of the institution and fuck with it for LGBTQIA people or anything…

7. They always coordinate what they’re wearing with each other.

Nah, they’ve just spent enough time with one another that it happens naturally. Plus, they have a ton of each other’s clothes.

8. They know about each other’s breakups before their significant others do.

Not true — breakups can often be spur-of-the-moment decisions. When they’re not, they’re just as devastating, so it may be something a girl will keep even from her best friend because it’s too painful to talk about.

Plenty of straight women would be weirded out at the thought of sleeping with their best friend. Not all, of course, but plenty.

10. They’ve gone through play-by-plays of all their partners’ sex moves.

Not only is the idea of doing that exhausting, it’s unrealistic in terms of memory and in terms of best ways to spend your time.

11. All women have had their best friends since childhood or at least high school.

The thought that every girl has that special, female someone who’s been in their lives since they were eight and made a blood pact to stay friends with forever is definitely fostered by movies.

12. Women consult their best friends about everything.

At least, way more things than actually require a conference-based decision, like, “Should I get milk with my coffee, or will that get me into a bad habit of consuming too much dairy which will definitely make me get fat?” Anyway, that doesn’t usually happen. Most women make the majority of their decisions solo, maybe roping in a best friend for advice on the big ones, like most anyone would.

13. These best friendships are simple and loving — they don’t have the complexities of romantic relationships.

You’d be right in that they don’t have the complexities of romantic relationships, but they do have complexities comparable to those you share with your significant other.

14. These kinds of friendships are more important for women than they are for men.

Ah, yes, men are lone wolves who don’t need anybody else to get along and survive in this cold, cruel world. C’mon! Friendships are friendships, and they are essential for humankind. Why would women need this kind of unconditional love more than their male counterparts?

15. Female best friends call each other every day, like, five times.

Sometimes women don’t like talking on the phone, no matter whom they’re taking to. And, the one assumption that is, in no way, a misconception: your girlfriend’s best friend knows your penis size. It's a fact. It’s probably the first thing women ask after the first time their straight female best friend has sex with a new man. After, of course, “Was it good?"