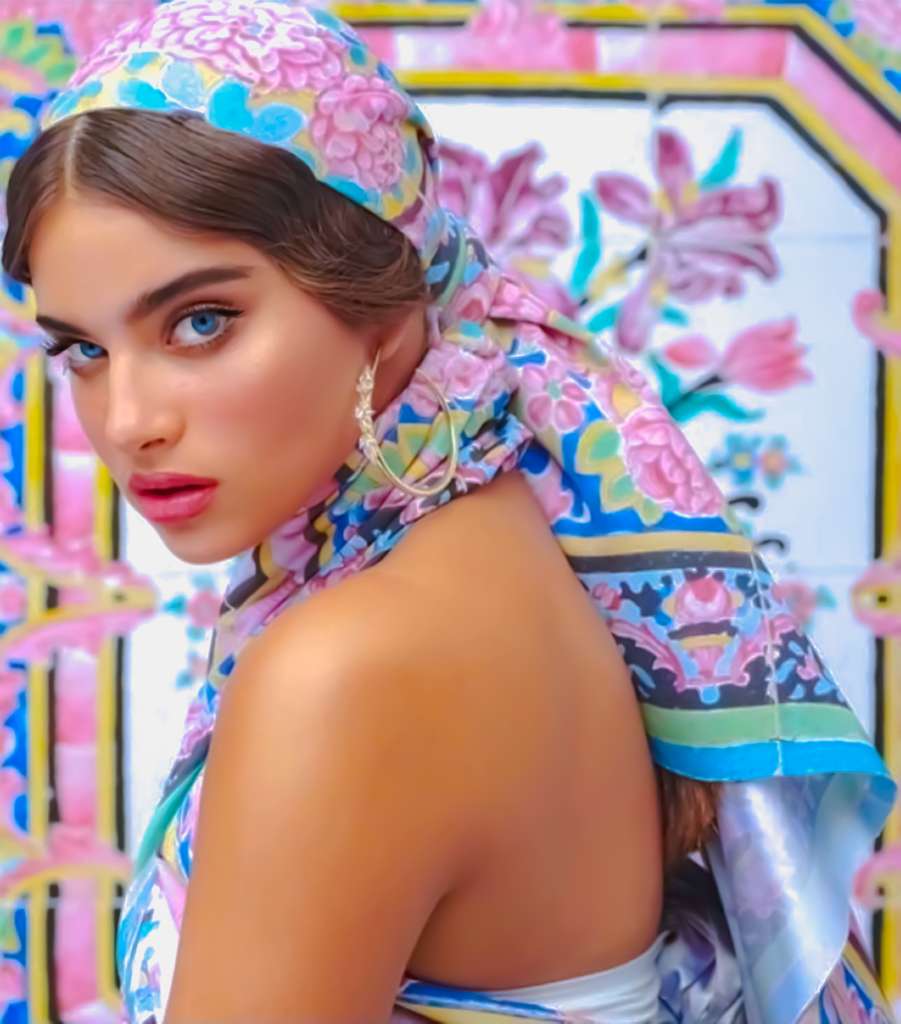 Angel Woodland, a 27-year old model affectionally known as Last Foreign, is turning heads everywhere with her fierce determination and her beautiful flawless skin tone. She is out to prove to everyone that she is very confident with herself, and inspires others to be the same way.

Angel, a Hebrew Israelite born in Dimona, Israel, had to move to different places with her family as refugees due to war. Her and her mother eventually immigrated to the United States, living in Memphis, Tennessee, where she had difficulties adjusting to the culture.

“I was fine with my selfesteem and I started being torn down by society, and I started looking at myself,” she told in an interview with CBS News. “Do I blend in with what the society considered to be beautiful?” She then moved to Los Angeles, California, where she attended Barbizon School For Major Modeling and Academy of Arts University.

That’s where she found more acceptance and even started her modeling career. Still, there are times when the photographer would try to bost her body shape and her looks with makeup and plastic surgery, but she insisted that she want to stay true to her natural look.

She said that there was even one time that she encountered a makeup artist who asked her to do her makeup and would even pay her to do so. But she only replied with a smile and said, “It’s funny that I still get that question today, people need to accept that we’re different.”

Now, Angel uses her experiences to be an inspiration to girls and women all over the world. She has since been receiving a lot of support. “She is Hebrew Israelite excellence, she is me and I am her.

My beautiful niece is the reason I do what I do so she doesn’t look at herself in the mirror and see anything else but beauty, In a world that tries everyday to tell us we’re not the beauty stander, I remind her and all the little girls out there that they are drop dead gorgeous, intelligent, brave outstanding and much more.”

According to Celebrity How, her net worth is $7 million from endorsements and brand ambassador deals with major companies like Fashion Nova.