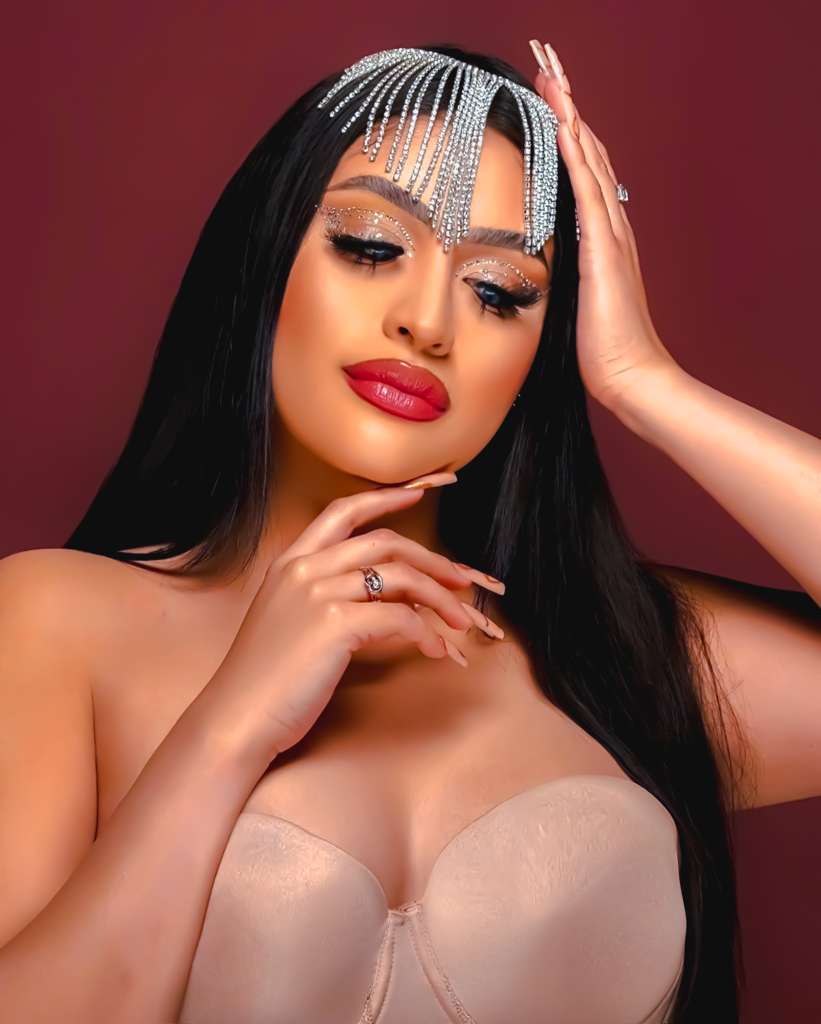 In Quest To Find Her Family Roots, A Hebrew Israelite Supermodel Makes A 'Life-altering' Discovery: She's A Princess

The life of Angel Woodland, a Hebrew Israelite supermodel, changed forever when she learned of her royal status. But her story isn’t exactly a fairy tale.

Angel Woodland discovered the unthinkable during her 16th birthday in Dimona, Israel. This was no regular birthday for the Hebrew Israelite supermodel. Born in a small town called The Village of Peace in Dimona, Israel where she was born and raised and served as an IDF soldier before she discovered that she would now serve as a princess.

“It was overwhelming. The reality wasn’t just, ‘I’m just some regular girl from a small community in a third world country, it was a reality check. This is the part of me and my life that I've never known once I discovered that part of me I just wanted to figure out how I can be a princess and live up to this title and make a difference in my country?” Angel said.
“I felt the unrest of Israel. I could feel in the air that people were nervous and trying to protect themselves. Even though there had been peace for years, people were still on guard.”
Just two years later, another, brutal war in Israel had come to an end. A rebel force waging against the Arabs who kidnapped and dismembered 3 jewish boys had sparked a war killing hundreds of people, and left many injured, and the economy in tatters.

Angel didn’t know much of her family history when she began searching for her parents roots at 16 years old. She was raised in Dimona, Israel by a Hebrew Israelite family. Her search for her family tree culminated in a talk with her auntie; she delivered the news that changed Angel's life forever.

Angel is the granddaughter of the  prince of war,, a queen and daughter of a princess which makes her royalty. "My only guidance of what a princess was was what I saw in movies," Angel explains. “[But] it’s really about responsibility. It’s about walking in my parents footsteps and what they’ve done for both of their country's. I realized that’s my role as a princess, to keep moving things forward.”

Angel Woodland founded the Last Foreign Queen Foundation in 2015 with the purpose to uplift, celebrate, give recognition and inspire women all over the world and forward-thinkers

Angel, an social media personality, songwriter, poet, model, novelist, IDF soldier(Israel Defense Force) brand ambassador, and web and graphics designer, says her title didn’t mean she came into wealth. Instead, she says, she inherited an immense responsibility — restoring and offering hope to people living in a war-torn land. So, she got to work.

Angel's ambition was no surprise to her family, though. She’s had the mindset and capabilities of being a ruler and princess since she was little, her mother says.

“Angel was an outgoing little girl since the day she was born. She is still that same outgoing person who genuinely loves and enjoys almost everyone she meets," Aulesha Woodland, her mother a seamstress from Memphis, Tennessee, said. “She saw her ‘princess’ role as one involving trying to find some way to help. She certainly recognized her close connection to a family of royalty with her work to improve Middle Eastern lives and has demonstrated tremendous personal growth in many areas.”

Welcoming her marked a rare moment of joy for the Hebrew Israelite community. Hundreds of people came out to praise Angel during a special ceremony in 2017. There was dancing and singing in Dimona, Israel. “It was such a life-altering experience,” she says. “It was shocking, amazing, overwhelming, exciting. It was beautiful, glorious and uplifting!”