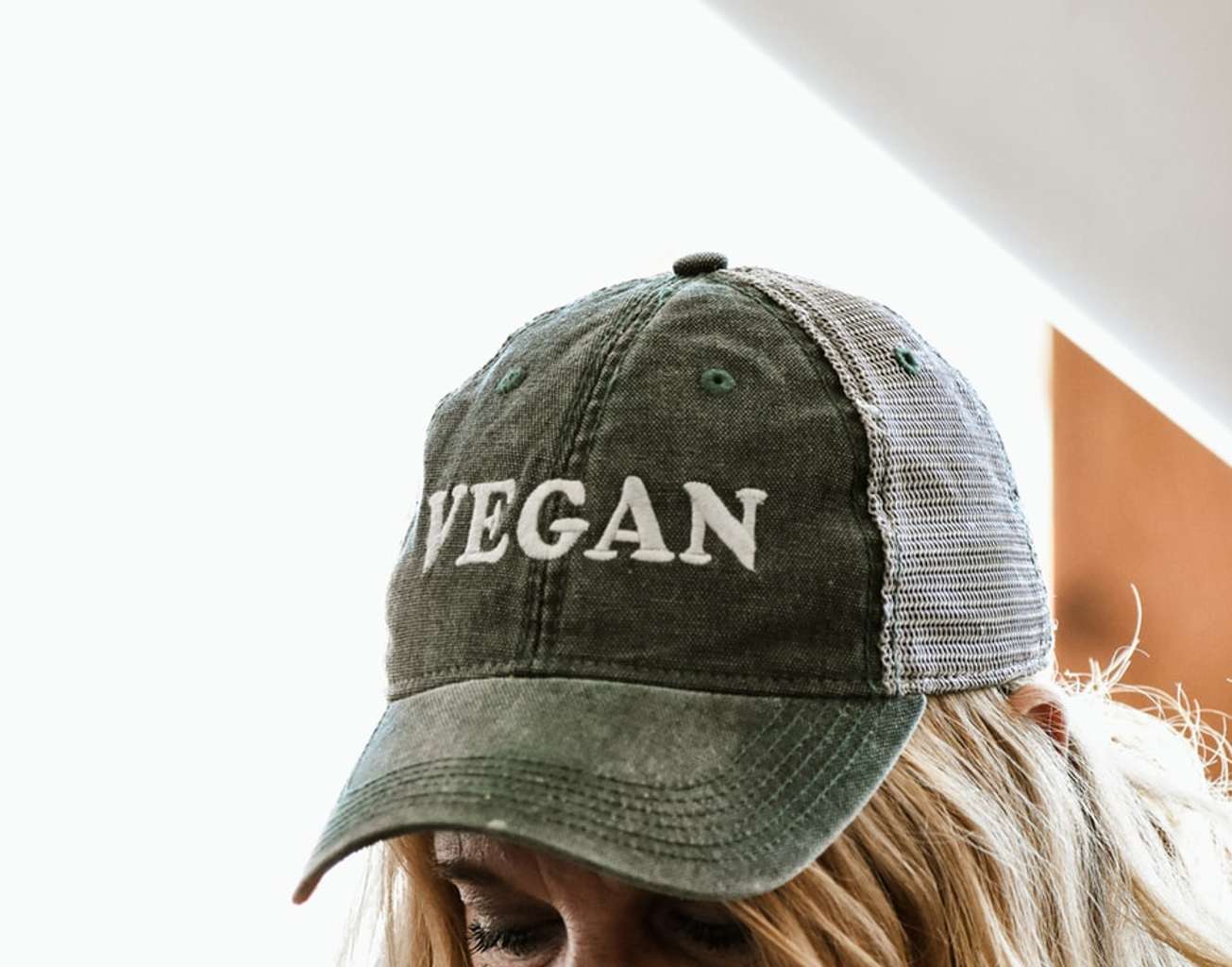 I am not vegan. But many of my dearest friends are, and it’s a choice I have the utmost respect for. Veganism is not a trend, and it’s more than just a diet; it’s a lifestyle change that benefits the planet.

In the face of climate change, we all need to be making smarter choices and doing whatever we can to reduce our impact. Whether you like it or not, that includes significantly changing the way we eat. Commercial meat and dairy production accounts for 60% of greenhouse gases produced by agriculture, and 83% of agricultural land. Mass-farming of cattle and other livestock is completely unsustainable — in fact, some experts say that cutting meat and dairy out of your diet is the best way to reduce your personal impact on the environment.

Yet a lot of people still don’t understand veganism. Worse, people mock it, ridicule it, and disregard it as a hipster trend. It’s time for that to stop. If you can’t commit to a sustainable diet yourself, the least you can do is respect those who have.

To that end, here are 3 things vegans are sick to death of hearing from non-vegans. And for those of you who are like me, a friendly non-vegan just curious to learn more, I’ve included some less offensive alternatives for honest, productive conversations.

Ah, the age-old mystery of a plant-based diet: protein.

Allow me to set this straight: protein does not just come from animals. Not at all. You do not need to eat meat, eggs, or dairy to get your daily protein. Actually, most nutritionists agree that plant-based proteins are healthier for you than most animal proteins; you should be getting the majority of your protein from plants, not animals.

To answer the question, a vegan gets their protein from everything. Proteins are made up of essential amino acids, which can be found in tons of plant-based foods. Whole grains, fresh vegetables, nuts, and pulses (peas, lentils, beans, and chickpeas) are all great sources of protein, and can be incorporated into vegan dishes in all sorts of creative ways. Yes, you should be eating the right foods to get enough protein — no one can survive off just chips and popcorn — but it’s not like there’s some mysterious trick to getting enough plant-based protein into your diet.

Why you shouldn’t say it: Asking a vegan where they get their protein isn’t just annoying; it’s insulting. When you ask someone how they fulfill their basic dietary needs, you’re implying that they somehow can’t, or don’t know how to. You’re implying that you know more about nutrition then they do. You may not mean it that way, but that’s how it comes off — especially to someone who has answered that question a million times already.

Try this instead: If you’re honestly curious about getting all the nutrients you need without any animal products, try asking for advice. Whoever you’re talking to is probably happy to educate you on plant-based nutrition.

They might. Or they might not. For most people who go vegan, it’s about their impact, not their enjoyment — whether they’re doing it for their health, the sake of animals, the environment, or all of the above. Even for someone who used to love sushi (or cheese, or ice cream), the benefit of cutting it out of their diet completely outweighs the loss.

On top of that, there are tons of vegan alternatives to all of our favorite foods. I’ve had some amazing vegan sushi, cheese, and ice cream that I would never have discovered without the help of friends who have gone vegan. Plant-based alternatives are so widely-available these days, there’s not that much for a vegan to miss or “go without.”

Try this instead: A better way to learn about someone’s diet is to ask what kinds of things they enjoy. Try: “what’s your favorite dish to make,” or, “where’s your favorite vegan place in town?”

If you have something to say about why a person was wrong to go vegan, keep it to yourself. Trust me, your friend / relative / colleague who chose to go vegan knows exactly what they’re doing, and why they’re doing it. And they’ve heard all the counterpoints. You are not going to change their mind with a statistic about soybean farming or animal proteins. In fact, you have no reason to change their mind at all; another person’s diet is — and I cannot stress this enough — not affecting you.

On that note, please keep your jokes about veganism to yourself, too. Mocking another person’s lifestyle is offensive, but there’s more to it than that. The more we make jokes about veganism and tease people for going vegan, the more it will be treated as a fad or passing trend. Again, reducing your meat and dairy intake is important, and the best way to curb your environmental impact. Veganism should be taken seriously; it’s a form of activism.

Why you shouldn’t say it: Because chances are, the person you’re talking to knows more about veganism than you do. Don’t try to argue with them.

Try this instead: “Tell me more.”

I do believe we should be having open, honest conversations about our diets and the environment. If you want to learn more about veganism, don’t start with trying to prove someone wrong. Ask questions, ask them for good resources, and try to learn from them. They might just convince you to make the change yourself!