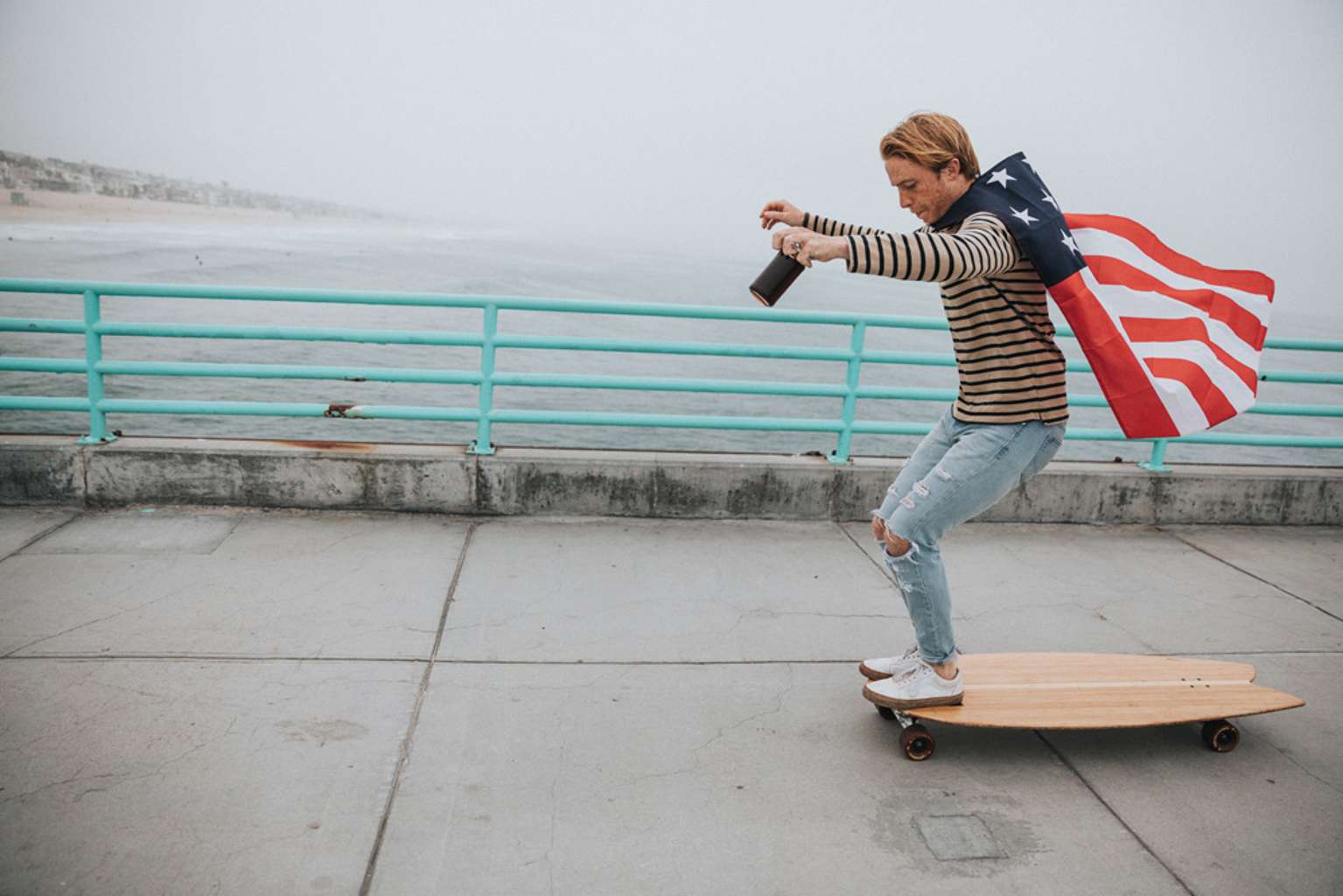 Another year has almost come and gone, but America is somehow still stagnating in many of the same problems it's been facing for decades (or at least since the run-up to the 2016 election). So as we prepare for 2020, here are a few things I'd like to see happen in the Land of the Free.

The world of politics has never been squeaky clean, but it's never been this dirty either. Heated debates and mudslinging are to be expected, but today's political climate is nothing but pure hatred for the other side.

2. A leader who puts country before ego.

Love him or hate him, Trump is a narcissist. It's indisputable. It's not healthy for him, for us, or the country.

None of us ever thought the President of the United States would be name-calling, pointing fingers, and making accusations over social media. But that's where we've landed and it's downright embarrassing.

Remember the days of TGIF? Television theme songs? Actual plotlines? Bring them back, and bury "The Bachelor" so far underground that no one ever speaks of it again.

Let's face it: Americans are lazy. It's true that most of our cities aren't designed around a public transport system, but most people still choose to drive when they could easily walk or cycle. Changing this will benefit your body, your pocketbook, and the environment. It's a win-win-win.

Our attention spans are so minuscule these days that websites now inform us how long it will take to read the text on the page. Roughly one-quarter of Americans say they haven't read a book in the past year. Trade in Twitter for Tolstoy and learn a thing or two.

8. Snowflakes need to toughen up.

Everyone is offended all the time, about something. The dumbest of things. Stop being so fragile about stupid stuff and start inspiring the change you want to see.

On any given day, there are 443,000 children in foster care in the US, many of whom need to be adopted. However, most people are tied to the idea that they need a brand new "perfect" baby in order to be happy. So they make their own or pay tens of thousands of dollars for IVF treatments that might not even work. If you have a desire to be a parent, why not help a kid that's already here?

You're allowed to walk around town with a gun, but you'll get a ticket if you walk around with a beer – even a Miller Lite, which is basically water.

Every time a mass shooting happens, we play the same record on repeat. It goes something like this: "Thoughts and prayers. Guns don't kill people – people kill people. The NRA is doing good work."

We're the only developed country with such staggering gun death numbers. Other countries (like Australia) jumped into action when they saw a problem.

Which brings me to my next point ...

America is a huge country with vastly different people, geographies, and landscapes. This makes it easy to become extremely insular. However, other countries have good ideas that we could learn from – if we'd only listen.

If politicians ran as human beings, rather than Republican or Democratic puppets, we could all see a lot more clearly and make decisions based on actual principles rather than stubbornness and spite.

If you've ever traveled to Switzerland or the Netherlands or a plethora of other European countries, you probably realized that just about everyone speaks at least two languages (often many more).

Yet we Americans are only required to take two years of foreign language in high school (usually Spanish). For me, this consisted of watching the movie "Selena" (even though it was in English) and playing BINGO with foreign words. Needless to say, I'm not fluent.

A hamburger from McDonald's will set you back $1, but organic food will send you into bankruptcy. And then we have to worry about GMOs, which the US embraces and Europe has banned. Remember what I said about America needing to stop and listen to other countries? This is one of those times.

It doesn't need to be socialized healthcare – those countries have their problems too. It just needs to be a better system that people can actually afford. I'm not claiming to know the answer, but let's try to find it together in 2020.

As a journalist, I can honestly say that US media has become a farce. Gone are the days when coverage was actually neutral. Now there are conservative and liberal networks and newspapers, and reporters who openly express their opinions while "reporting." The US media environment is officially in crisis mode.

This isn't just an American problem, but it certainly exists in America. Let's all be more mindful of our surroundings, and lend a hand when we can. Strive to be the best person you can be, even if that means pausing the soundtrack of your busy life while you help your elderly neighbor carry in her groceries.

Report Comment
Yeah every country has problems. But healthcare in those countries isn't one. Aside form that I think your piece was deep and you have many great ideas for society.

Report Comment
I worked in the insurance industry and have sold people insurance they already bought with taxes taken out of their checks. When you have medicare but have to pay 150 dollars a month with deductible of $2000 you really don't have healthcare.

Report Comment
But turning over guns to the government is as bad an idea as every psychopath being armed. Especially, with the psychopaths administration we have now. 16. Across the board single-payer healthcare is by far the best option there is.

Report Comment
and that's a healthy boundary to set. Especially in the work place as it creates divisiveness. Which would undo your first wish. 11. I'm totally for common sense gun laws. The banning of these gun shows with loopholes.

Report Comment
8. I think we should refrain from calling people disparaging things. Hate speech is hate speech. People pointing it out aren't virtue signaling or or being "sensitive" to it. We're saying don't be disrespectful

Report Comment
I want to say that I genuinely enjoyed this read. I agree with you on 15 out of the 18 wishes. I do want to point those 3 that I don't agree with and explain why.

Report Comment
Lynsey, I love your wish list. We do need to be more kind and understanding. We are all very different, but all of us bleed red. Thanks for your words of encouragement!

Show All Comments (7)
From VOICEDMARKET
What’s this?