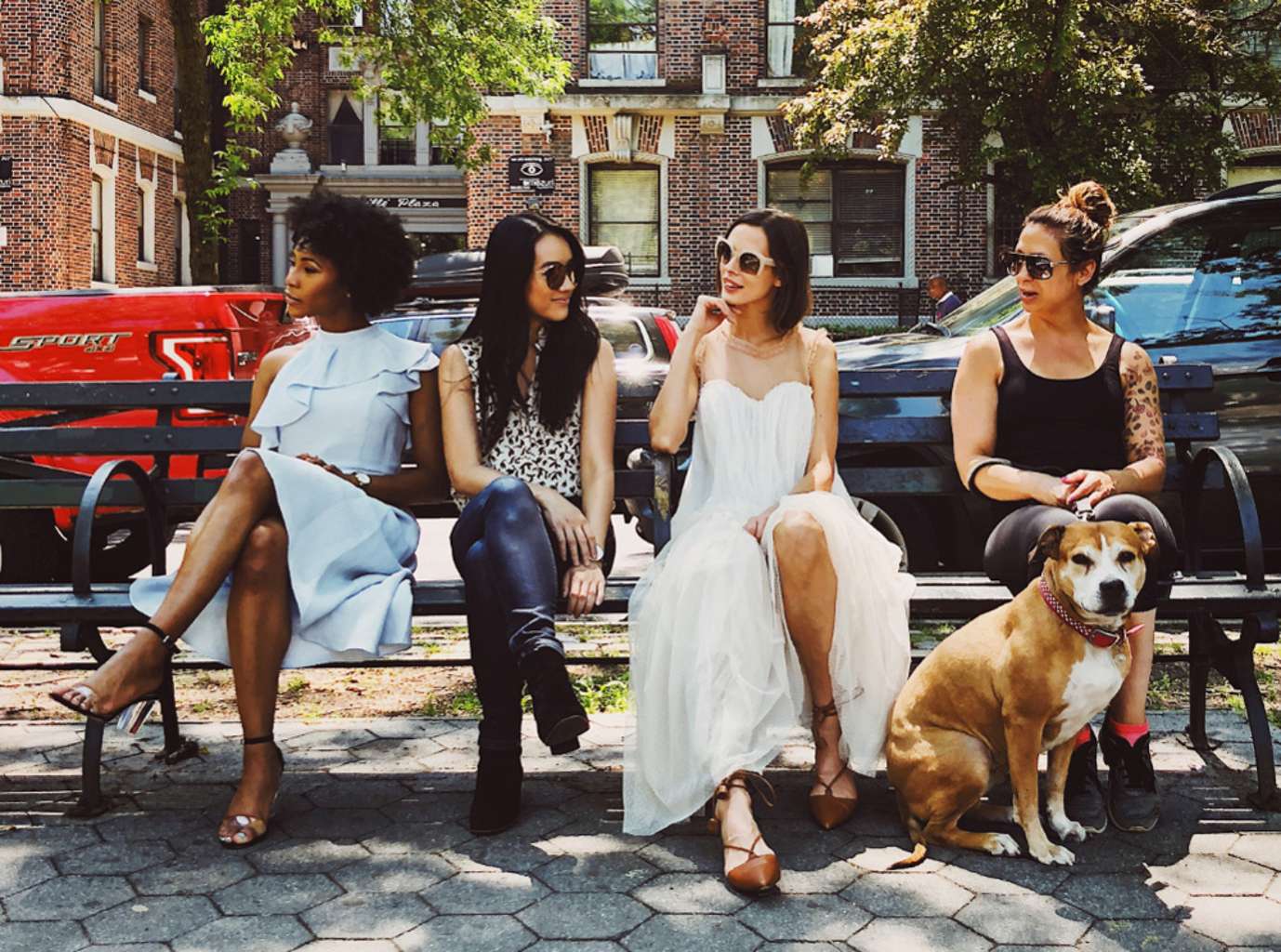 In today's world, women are speaking out more than ever before, and society is evolving because of it. Old traditions are dying, gender equality is at the forefront, and women are extremely independent.

Before you begin, please know this list isn't aimed at shaming men, or at suggesting that some women don't still choose more traditional roles. The point is that women have more choices and stronger voices than ever before.

1. Getting paid less than men.

The gender pay gap has existed since the beginning of time, but women are becoming more and more vocal about it. There's still a long way to go since women still only make 80.5 cents to a man's dollar (according to 2017 census data), but the good news is that the gap is shrinking ... slowly but surely. This is because women refuse to keep quiet and accept it. Well done, girls.

2. Being told their life's purpose is to be a wife & mother.

Once upon a time, it was understood that a woman would pop out a few babies and stay at home to keep a tidy house for her hard-working husband. Women have thankfully broken free from those chains, with many choosing to have amazing careers and skip motherhood completely.

3. Feeling like they need a man to be complete.

Females are outnumbering males at colleges across the country and pay is on the rise for women. Females know they're perfectly capable of living full and rewarding lives without relying on men to make them happy or pay their bills.

4. Taking responsibility for all the household chores.

Since females are kicking ass in the workplace, the old assumption that women are solely responsible for scrubbing and vacuuming has been thrown out the window. An equitable division of household labor is where it's at.

5. Being treated badly by powerful men.

The #MeToo movement has shed light on horrible things that have been going on behind closed doors for a long time. It can be hard to stand up to a powerful man when you could lose your job or reputation by doing so. However, the movement has empowered women to speak up when something isn't right, and that's an amazing thing.

Women have traditionally been told to be as skinny as possible, because slim equals sexy. But now there's a body positivity revolution taking place, and people are starting to embrace their natural shape more than ever before. How awesome is that?

7. Being dainty instead of strong.

Women have also been told they should be petite rather than strong, and that muscles are made for men. Then Michelle Obama entered the White House with those arms, and the world finally realized that strength is a great look on a woman.

8. Being told they should change their last name when they get married.

Some women still choose to do this, but the numbers are shrinking. Women are realizing that it's a double standard to be expected to change their name when their husband doesn't have to change anything.

9. The belief that politics is a man's profession.

We haven't elected a female president yet, but the 2018 mid-term elections saw a record number of women being appointed to the House of Representatives. Among them were a Somali refugee and the first Native American women to be elected to Congress.

When Tammie Joe Shults safely landed Southwest Airlines flight 1380 after the aircraft suffered engine failure and uncontrolled decompression inside the cabin, the world hailed her a hero. But they couldn't stop referring to her as a "female pilot." If it was a man who landed the plane, would the media have referred to him as a "male pilot?" Of course not. Thankfully, a number of journalists used their platforms to point out the hypocrisy.

11. The belief that men are studs & women are sluts.

When men have a lot of sexual partners, they're considered studs who are just "playing the field." Women, however, are called sluts. Thankfully, this is changing. Women are being more open than ever about their sexuality, and there's a campaign to put an end to "slut shaming." Once again, this change is happening because women spoke up.

When a man executes orders in the office, people recognize that he's just doing his job. They see it as being assertive and taking charge. When a woman does the same thing, she's often referred to as a bitch. This is changing as more and more women take up powerful roles in the workplace.

All you have to do is look up the May 1955 issue of 'Housekeeping Monthly' to see what women were once expected to do when their husbands arrived home from work. One excerpt is: "Prepare yourself. Take 15 minutes to rest so you’ll be refreshed when he arrives. Touch up your makeup, put a ribbon in your hair and be fresh-looking. He has just been with a lot of work-weary people."

Make-up is no longer a given for every woman, and certainly not when they've spent the entire day at home. Thankfully, a more natural look is considered beautiful these days – just search for a picture of Meghan Markle during her wedding to Prince Harry. She barely wore any make-up and was completely stunning.

14. Waiting for a man to make the first move.

Women know what they want, and they increasingly aren't afraid to make the first move when it comes to dating and relationships. It's empowering and sexy to be bold and skip the game-playing.

Women are more vocal than ever about telling creeps to f**k off when they shout at them from a construction site or let a glance turn into a long, lingering, drooling stare at the gym.