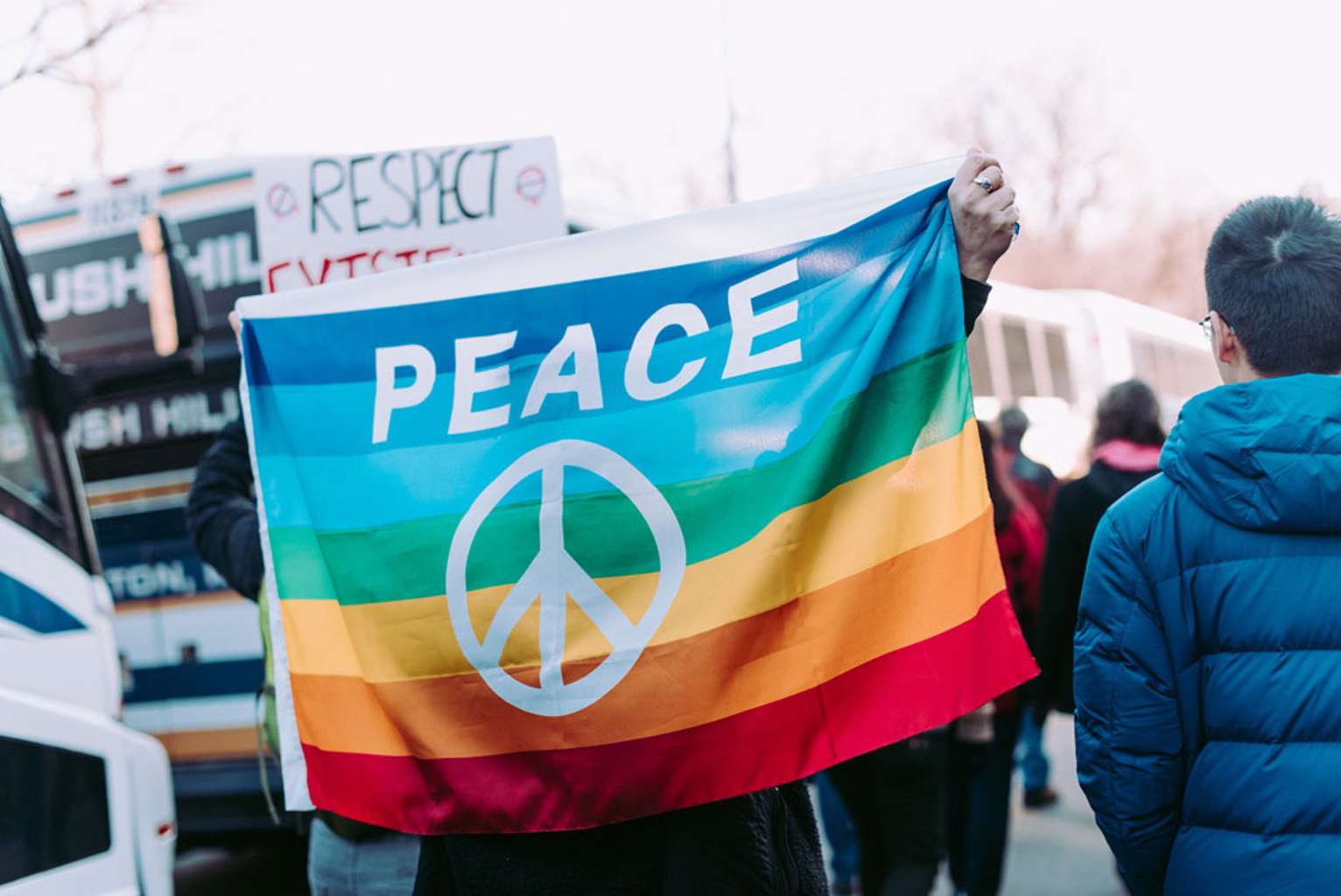 When you live in a fairly liberal community where you see gay people expressing their love freely and even raising kids together, you almost forget that it was less than two years ago that gay marriage officially became legal in the United States. Just two years ago, these people wouldn’t be able to legally do what they’re doing now. Even where gay marriage is legal, though, it still isn’t easy.

It doesn’t take long to drive from an open-minded, progressive community into a neighborhood that isn’t accepting of homosexuality whatsoever, even in more progressive countries. When you’re a straight person, you never have to worry about whether or not you can hold your boyfriend’s hand in public – you don’t have to worry about someone calling you something obscene if you do. You never have to worry about whether your parents will accept your personal, private, sexual behaviors – because you never have to talk to your parents or anyone about that. Sometimes, you can forget how far the United States and the world at large have to go when it comes to LGBTQ rights. It’s a reality many live with every single day, though.

Gay marriage has been legal in the United States since June 26, 2015, when the Supreme Court deemed state-level bans of gay marriage unconstitutional in Obergefell v. Hodges. Yet, much of the world doesn’t support gay marriage, or homosexuality in general. IGLA's 2016 report State-sponsored Homophobia, a survey of the world's treatment of gay people, reveals some upsetting numbers.

There are only 22 countries in the world that legally recognize gay marriage. Some of the latest countries to legalize gay marriage include Greece and Cyprus, which enacted partnership laws in 2015, Italy in 2016, and Estonia in 2016.

No countries in Asia or the Middle East accept gay marriage. South Africa is the only country in Africa where it’s legal. Even in the relatively open-minded European Union, over half of its member countries have not legalized gay marriage.

Worse, some countries are making laws against the LGBTQ community stronger. In December 2013, Croatians amended their constitution to define marriage as only between a man and a woman with 65 percent of voters’ support. In December 2015, Slovenians rejected gay marriage with a majority 63 percent voting against it.

For many LGBTQ citizens of the world, though, the legalization of marriage is something they’d never dream of, and the least of their worries. Being openly gay is still illegal in 73 countries and can sometimes result in severe punishment, even death.

In at least 13 countries, same-sexual acts are considered worthy of the death penalty, though only 8 of these countries have been documented as performing executions. Codified under Sharia law, the death penalty has been implemented in Sudan, Iran, Saudi Arabia, Yemen, parts of Somalia and Nigeria, and in ISIL-held territories in Iraq and Syria. The death penalty is technically law in Mauritania, Afghanistan, Pakistan and UAE, but it has not been documented as being practiced recently. In another 14 countries, the penalty is 14 years to life in prison. In 57 countries, it’s up to 14 years in prison.

In many African countries, same-sexual acts are punishable with jail time and fines. In Algeria, “abnormal sex acts” can be punished with up to three years in prison plus a fine. In Cameroon, it’s up to five years. Many countries treat homosexuality as on par with pedophilia or bestiality and call it “against the order of nature.” Sierra Leone has a minimum sentence of 10 years, max life for same-sex relations. Eritrea, Ethiopia, Tanzania, Uganda, Zambia, and Zimbabwe all have sentences of at least 15 years in prison.

Some of the most horrifying offenses against gay people come from the Middle East, specifically in ISIL-controlled territories. Men and women alike have been thrown from high buildings or stoned for having same-sex desire or relations.

Shockingly, in April 2017, Chechnya arrested, beat, and tortured at least 100 gay men in a pogrom. It is not known how many men were murdered in "honor killings."

Even in countries that don’t imprison or kill people for being gay, there are laws that target freedom of sexual expression, specifically in gay couples. There are 17 countries in North Africa and the Middle East where laws actively work against the promotion of non-traditional sexual relations. In another six states, similar propaganda laws are being seriously considered or at advanced stages in proposals for adoption.

As of June 2016, the world has 121 UN member states where there are no legal penalties for consensual, private, same-sex sexual relationships. Additionally, Kosovo and Taiwan do not punish same-sex relations. That leaves 73 states that do criminalize same-sex relations, though. People are still being sought out, bullied, legally oppressed, humiliated, and tortured for their sexuality. People are still being killed for their sexuality. When it comes to LGBTQ rights, the world still has a very long way to go.