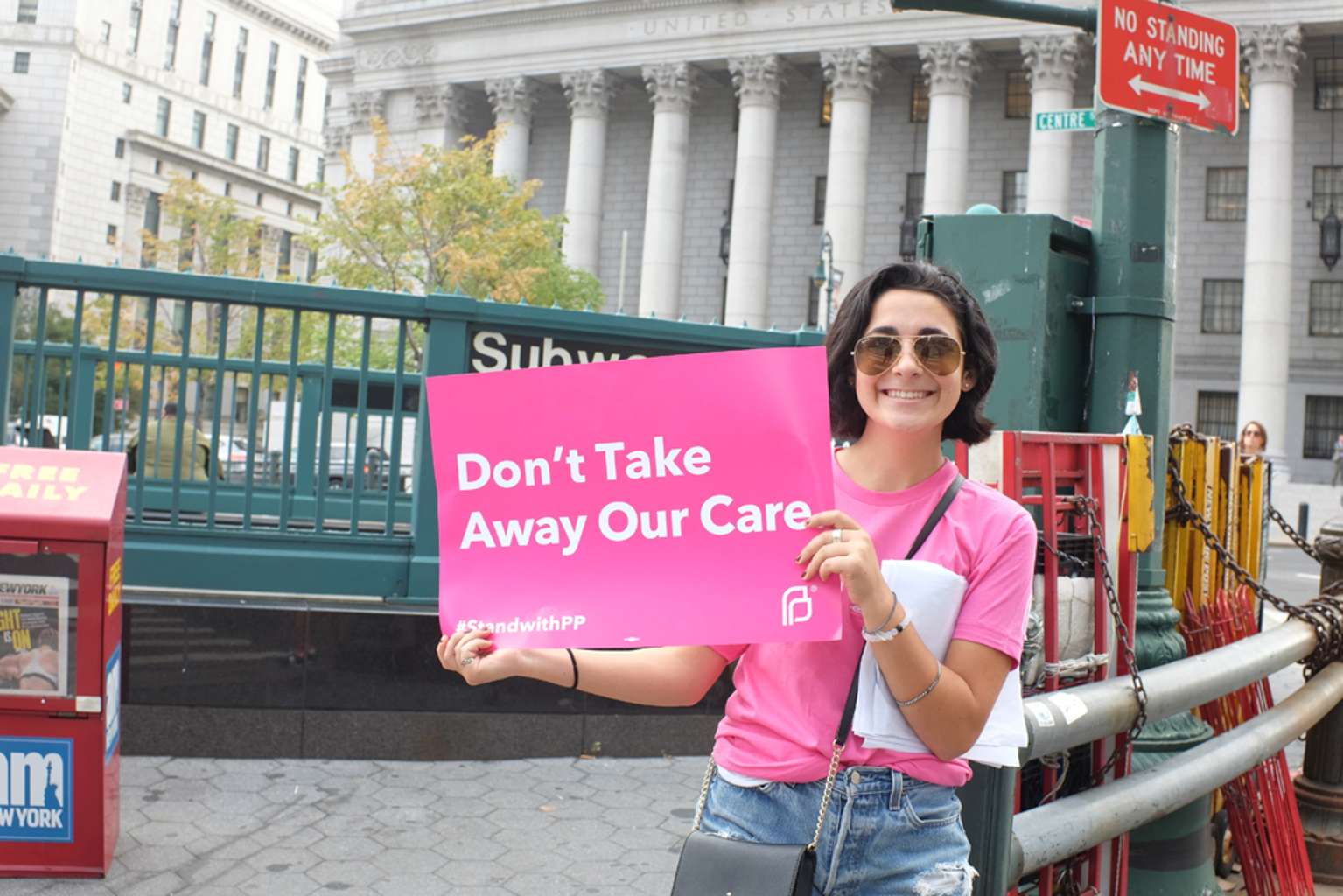 Let’s get it out of the way right off the bat: Planned Parenthood gives women abortions, and for this reason, many conservative and religious groups want the United States to defund it. This is, if you ask anyone who is against Planned Parenthood, the first thing they'll tell you. While pushing your religiously-based morals on someone via the law is problematic on its own, another problem is equating Planned Parenthood with abortion services. Here's a shocking statistic for you: Only 3 percent of health services provided by Planned Parenthood are related to abortion. Yep, you read that right: 3 percent. Planned Parenthood does a lot more give women access to safe abortions, and as the data shows, it’s making a positive impact on the lives of men and women. Here are 6 reasons we (meaning all of us, not just women seeking abortions!) need Planned Parenthood.

1. Planned Parenthood provides sexual healthcare and education to over 4.9 million people per year.

That's a lot of people. And it's unclear how area medical clinics and hospitals would be able to miraculously pick up those 4.9 patients if Planned Parenthoods were to be shut down.

2. Planned Parenthood provides hundreds of thousands of people with preventative healthcare every year.

Which is to say, there are women and men who are alive today because they went to Planned Parenthood. You can focus on scare tactics and equate Planned Parenthood with abortion and death, or you can look at the reality of it. Planned Parenthood improves and saves the lives of many every day. PP gave over 360,000 breast exams and over 270,000 Pap tests in 2014 alone. Once again, imagine medical clinics and hospitals picking up all of those, because that's what would happen if PP were closed down (or, more likely, those people would simply not get the healthcare at all). These preventative healthcare services help spot breast cancer, ovarian cancer, other cancers, STIs, and other health problems in their tracks so they can be treated and cured fast. When PP was closed in Wisconsin and Texas, research showed 6 percent less women got breast exams and 9 percent less women got Pap tests. How many of those women could have discovered preventable or treatable conditions if they had access to proper care?

3. Hundreds of thousands of low-income patients rely on Planned Parenthood.

The Congressional Budget Office estimates about 390,000 women would lose access and up to 650,000 would have reduced access to preventative healthcare if Medicaid patients lost Planned Parenthood’s services. This is about the basic health and well-being of American citizens. It shouldn't be about religion or politics.

4. Planned Parenthood saves us all money.

Not everyone who is against PP is radically religious. Some just don't want to pay for it. If you have other concerns about PP, like not paying more in taxes for other people's healthcare, I've got more news for you. You are far better off with Planned Parenthood than without it. It’s estimated that the United States saved $13.6 billion in 2010 alone and that for every dollar invested in family planning programs, federal and state governments save $7.09. This is because unintended pregnancies and other sexual health issues are expensive — and you don’t have to worry about those when birth control is publicly available.

5. Teen pregnancy is the lowest it's been in forty years.

Babies are great, but not when you’re in high school. Teenagers who are pregnant face a handful of health risks including lack of prenatal care (due to lack of planning and support), pregnancy-induced high blood pressure, and premature and low-birth-weight babies. Not to mention, most kids simply aren’t ready — physically, mentally or financially — to have kids. Good news: The rate of teenage pregnancy in our country is the lowest it has been in forty years. The National Survey of Family Growth, the government’s source for data on population and reproductive health, found contraception is responsible for 86 percent of the decline in teenage pregnancy, which is to say, thanks, Planned Parenthood.

Here’s the thing to understand: abortion doesn’t just go away when you get rid of Planned Parenthood. Safe abortion goes away. When Texas closed over half of its abortion clinics, the Texas Policy Evaluation Project found at least 100,000 Texan women tried to self-induce abortions. Here’s a question for “pro-lifers”: Does the mother’s life matter, or will you step up and adopt the child when she dies from a botched coat-hanger abortion? If the question made you cringe, realize that is the reality we're facing if Planned Parenthood is defunded. Keeping Planned Parenthood in the United States keeps people healthy, gives them access to preventative healthcare, and provides them with resources they may not otherwise have. Ultimately, it saves our country money. Ultimately, it saves lives, too, when great tragedies - like cancer and serious STIs - are averted with preventative healthcare, safe sex, and education. If access to safe abortion is your reason for not supporting Planned Parenthood, then your reason isn't good enough.