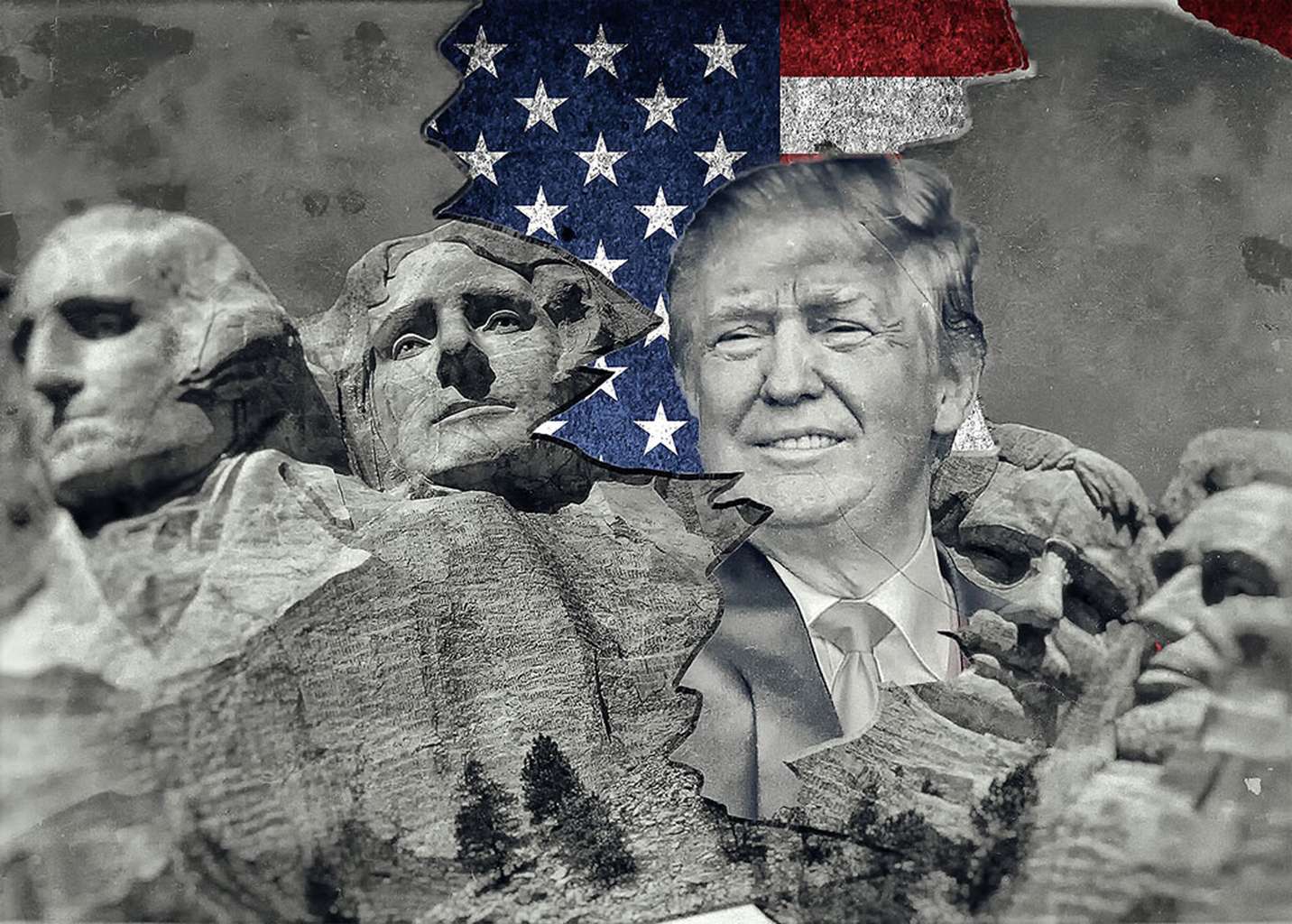 “May you live in interesting times” is widely believed to be an English interpretation of a Chinese curse. Though the origins of the statement are unproven, and no one has ever figured out what Chinese phrase this is supposed to be based on, let’s not get hung up on that, okay? The idea here is that while it sounds like living in interesting times would be a good thing, full of excitement and adventure, people tend to be happier when they live peaceful existences. Well, if there were any argument over whether it’s a blessing or a curse, it’s pretty safe to say that we live in interesting times right now, and the vast majority of us aren’t happy about it. And the person behind this virtually unprecedented (unpresidented?) level of interest is a certain Mr. Donald J. Trump, the 45th President of the United States. Unless you’re one of his die-hard supporters/apologists, you’re probably constantly filled with stress, anxiety, fear, anger or all of the above. Hardly a day goes by without something new to freak out about coming out of the orange mouth of the White House.

Starting and ending the day with the news is a good idea, but you don’t need to follow the unfolding drama all day long. This is how we get desensitized and start to accept all this bullshit as normal. Even if you only follow partisan news outlets, you can get lost in the labyrinth of “he-said, she-said” garbage that circulates throughout the day. Even though there’s a bigoted man-baby sitting at the big boy desk, you still have lives to lead. You don’t have to let this madness consume you.

Stick to the facts.

You know the difference between fantasy and reality, even if the Baboon’s Ass In Chief doesn’t. It’s very unsettling that the leader of our country has such a loose relationship with the truth, but we can’t control that. He lies constantly and that’s not going to change, so stop freaking out about it. Just let yourself be guided by the truth, refuse to give into his alternate reality, and we’ll all come out the other side one day, more or less intact.

You’ll hear about it on the news. Whatever bullshit conspiracy theory he’s repeating will get back to you, I promise. But Twitter is his favorite weapon of choice, and you have the power to take the gun out of his hand. Even reading the comments from his trolls is getting depressing. His Tweets are only distractions, so stop buying into them.

Anyone who still supports Donald Trump at this point is a lost cause. If they stuck by him through his racist, sexist, fear-mongering campaign, if they deny the staggering evidence of corruption at best and treason at worst that continues to mount, if they still think of him as a winner even though he’s failed at every major piece of legislation he’s tried to pass and has only succeeded in fracturing his own party, there’s nothing you can say to change their minds. These people are pot-committed and immune to all logic. Write them off.

Fight him in productive ways.

There are a lot of ways you can actively resist this asshole. As he defunds the Environmental Protection Agency and Planned Parenthood, you can open up your checkbook and donate. If your Representative or Senator is in his pocket, you can vote him out—hell, you can run for political office yourself. Trump has the potential to do a lot of damage to the world, but he works for us, and we can stop him. The thing to remember is that Trump’s America is not our America. We are not a country built on fear, hatred and greed, we’re built on life, liberty and the pursuit of happiness. This foundation is rock solid, and Trump will not be able to crack it. We’ve already seen the system of checks and balances at work, preventing him from having his way, and that’s going to continue. No one’s saying we’ll come out of this completely unscathed, but we will come out of this. And hopefully, we’ll all have learned a valuable lesson about how fragile democracy truly is and how valuable our votes and voices truly are.