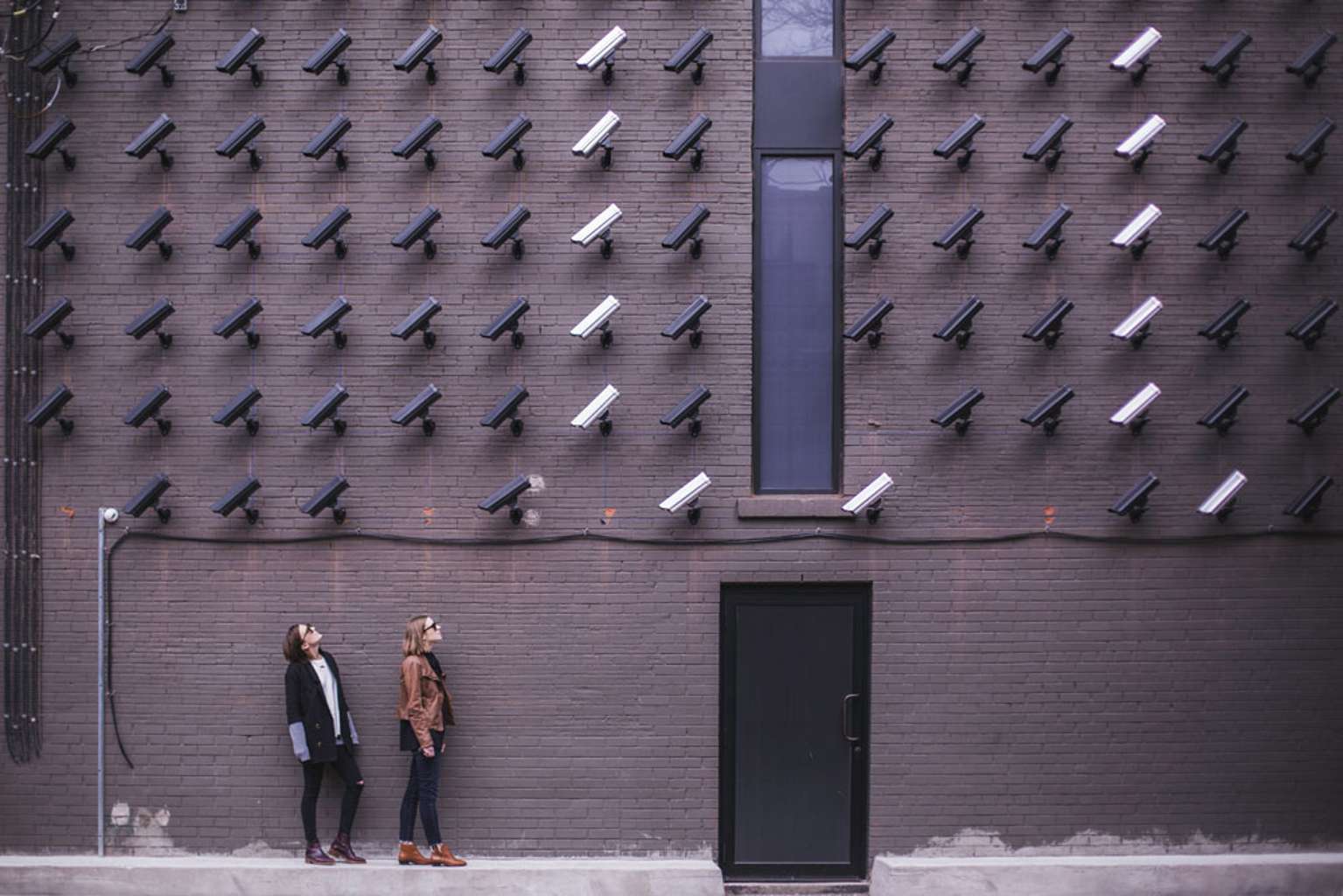 George Orwell’s masterpiece of a dystopian novel 1984 was published nearly 70 years ago. To say Orwell predicted the future would be an understatement. The warnings woven throughout 1984 are all too real today, and more than ever before. Although the world we’re living in isn’t as overtly terrifying as the world of Airstrip One and Big Brother, the parallels are there, and we shouldn’t ignore them. Here are five scary ways we’re already living in George Orwell’s dystopia.

In 1984, citizens of Airstrip One are constantly under surveillance — telescreens (combined television-surveillance cameras) are always watching you, in public and in your private home. Of course, there's the direct parallel now in how many surveillance cameras we have. But then there’s the more insidious version of Big Brother: We knowingly purchase and use our telescreens in the form of smartphones, laptops and computers. Everything we do we are voluntarily reporting to the NSA.

Remember that whole “alternative facts” debacle? Straight out of 1984. In the novel, the truth of a statement doesn’t matter. What matters is that the government tells you something is the truth, so you accept it as the truth. In Orwell’s dystopia, 2+2=5, War is Peace, Freedom is Slavery, and Ignorance is Strength. In ours, every lie the Trump administration tells is the truth. Orwell expert Tim Crook writes that if Orwell had met Trump today, “Trump would amuse and horrify him at the same time.”

Newspeak is the euphemistic language of the government in 1984. The Ministry of Truth creates propaganda, the Ministry of Peace creates war, the Ministry of Plenty rations food and supplies, and the Ministry of Love is where defectors go for brainwashing or death. In the United States, the murder of innocent civilians is “collateral damage,” global warming is “climate change,” and overt lies are “alternative facts.” Instead of being called a white supremacist, Steve Bannon is “alt-right.” When governments and the media use Orwellian euphemisms, they might as well be lying.

In Orwell’s dystopian world, memory holes are chutes that carry documents to a large incinerator to censor information and clear the past of certain unwanted histories. Thanks to memory holes, it is as if the event never happened. Former Secretary of State Hillary Clinton deleted 33,000 emails and claimed they were all personal, not political. The FBI proved otherwise. Under Trump, the White House deleted any mention of the Jews from its Holocaust Remembrance Day. This was unprecedented. The White House website also deleted any mention of civil rights, LGBT rights or climate change. Pay attention to what's happening right now — someone may try to erase it.

5. The Thought Police have arrived.

In 1984, anyone who criticizes the Party has committed thoughtcrime. If found out, they are sentenced to death. This is happening now. Russia is notorious for the mysterious, unexplained deaths of journalists, specifically those who write on corruption, politics and war. Trump condemns the “lying press” just as Hitler condemned the “lügenpresse.” White House spokesperson Kellyanne Conway said of media networks, “Who is cleaning house? Which one is going to be the first network to get rid of these people, the people who think things were just not true?” These people are journalists, and Conway wants networks to fire journalists who “talk smack all day long about Donald Trump.” According to immigration lawyer Mana Yegani, the border patrol is checking Facebook accounts of people attempting to enter the United States. Journalists and citizens are under fire, and it is becoming increasingly risky to speak out against the government. Orwell said of the world in 1984, “Every year fewer and fewer words, and the range of consciousness always a little smaller.” Are we rumbling toward the totalitarian regime of 1984? Are we being dumbed down and silenced by the government, our consciousness shrinking? John McCain thinks so. Fox News' Shepard Smith is furious. Trump supporters love the new Big Brother.